Another Day Closer to Spring 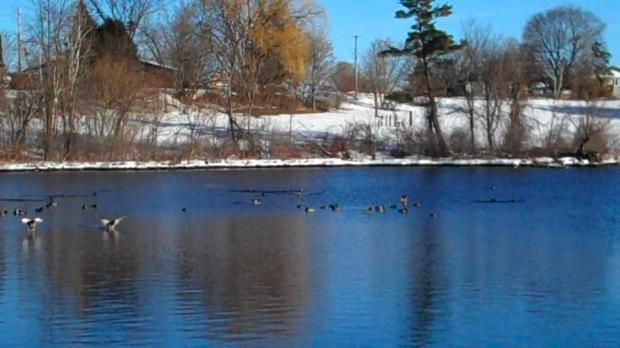 Ducks gathered on the Madawaska River, North of the Weir.

This photo was taken by Cathi Harris a couple days ago. She caught the ducks landing on the water. Snow is melting. I wish I could say hearts were melting too. I heard a politician giving a speech this afternoon. He was stumbling over the phrase “The Great Recession” that I believe he was trying to use, maybe to coin, for the financial mess the media have been trying to convince us we’re in the middle of. I heard somebody else explain that this is an attempt to manipulate millions of people into a panic so a few unscrupulous people who want to rule them can take action toward that end. Anyway, the politician stumbled over the words and it sounded like “the great reception” and then my brain went to work and called it “The Great Deception.” Wouldn’t it be nice if that description sticks and we throw the bumbs out and start again with a nice clean slate?