More on Preparations for the Prince and the Prior event

Two more women getting ready for their part in re-enacting the Prince of Wales 1860 visit to Arnprior.

Prince and the Prior Preparations 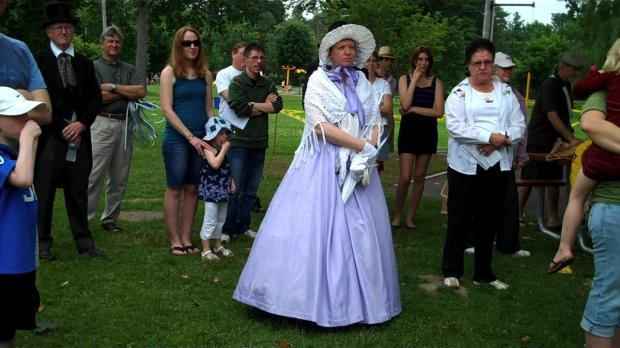 Because it rained earlier, a lot of people who might have otherwise shown up in their gowns for the dress rehearsal came in ‘civilian clothes’. The person above is ‘animating’ the part of the wife of ‘council person number one’. 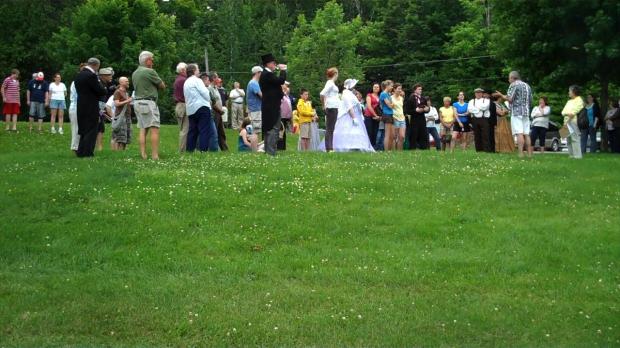 Here, more of the ‘Animators’ are given direction and told where they will be during the actual re-enactment.